Mid-week I travelled to St. Ouen to see another lighthouse, unfortunately the lighthouse was just a small signal station, nothing as grand as I had previously seen. Something else of interest at the site however was Grosnez Castle. Dating back to the 14th Century Grosnez is a ruin of its former self, with just one archway remaining, a few defensive pits and old walls. The name Grosnez comes from Norse terminology meaning Grey Headland a description of the area when viewed from the ocean.

The castle was built during the Hundred years War between England and France and was used to protect the local community from possible French invasion. The castle is situated in a highly defensible position, 3 sides being inaccessible due to the cliffs and the fourth side being blocked by a ditch accessed via a drawbridge and portcullis. Unfortunately the castle didn’t have very good counter attack measures and fell to the French in 1373 and again in 1381, around the time of French occupation between 1461 and 1468 the castle was partially demolished and no longer of use.

What I found especially interesting about the site is the combination of the 14th Century and 20th Century defences. Just across the small bay from the castle, around a 10 minute walk there is the World War 2 German Naval Tower labelled Marine Peilstand 3. It amazes me that the site was still considered a position of defensive significance in the 20th Century as it was in the 14th Century, underpinning how adept century’s old cultures were at waging war. 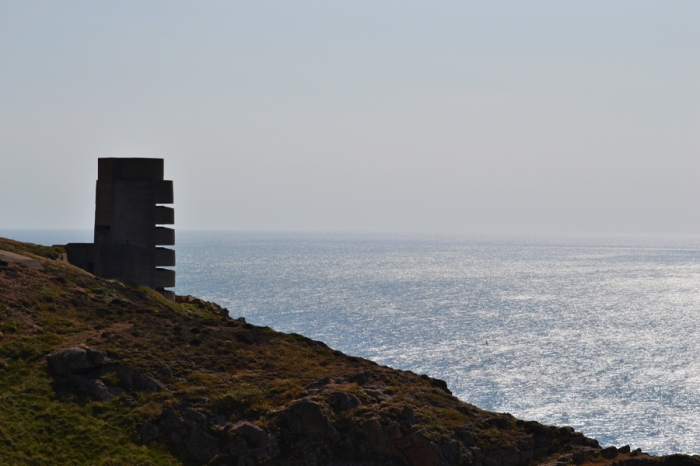 Marine Peilstand 3 at Battery Moltke was an unfinished part of Hitler’s Atlantic Wall, it controlled the North West point of the island and the guns could reach across the water to the island of Sark. The guns could also target  almost all the coastline of Jersey making it a formidable defence.

The sun shines out behind the tower

Light glittering off the ocean. 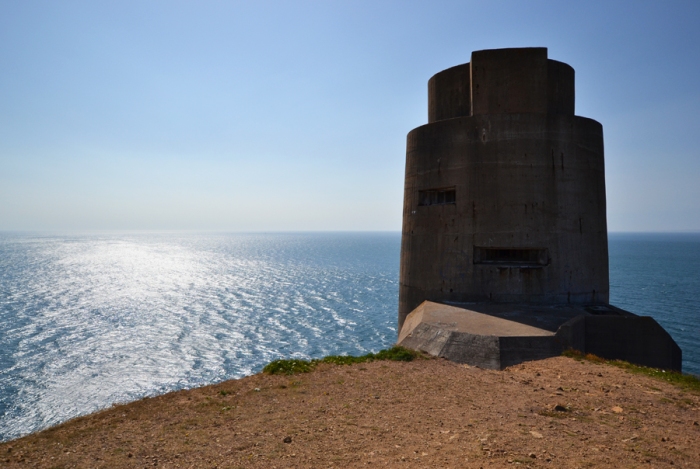 Thanks for stopping by. More photos to be uploaded soon.